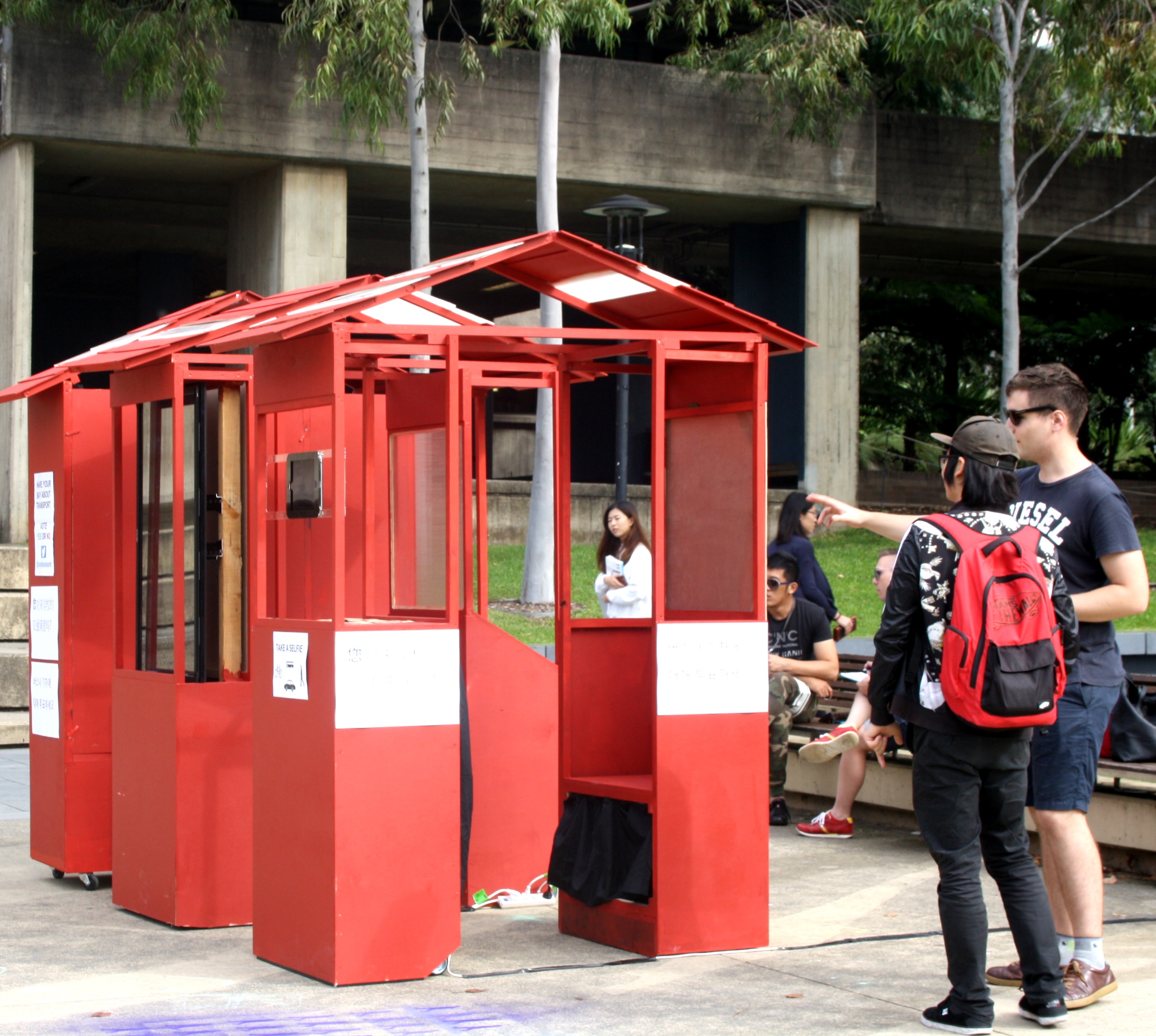 This research project was part of a large study exploring digitally augmented popups. I worked as part of a transdisciplinary research team including an urban planner, architect, electrical engineer, interaction designer and computer scientist. As the study took place at the University of Sydney campus, we focused the engagement context around transport infrastructure to and from campus. This ensured that the engagement topic was relevant to the local community. It was further loosely linked to an initiative at our university concerned with active transport on campus. We consequently developed our engagement strategy to encourage people to stop and vote, provide feedback, and express their opinions about transport infrastructure on and around the campus through a collection of interactive modules, including a touchscreen transit information screen, a selfie voting app (vote with the transport option you took to university), a chalkboard, and a chalk drawing robot (tallying the votes from live tweets to our popup's Twitter hashtag). 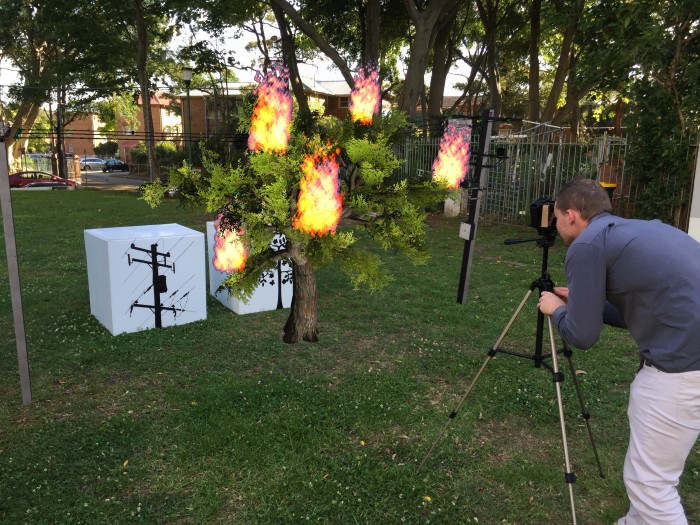 This game was developed using the Unity Game Engine with the Vuforia library for Android. This was a component for a community engagement popup for Ausgrid (a local power company) to raise awareness about tree trimming. I created a video see-through head mounted display (or in this case tripod mounted display) which people could look through to see augmented content. The white boxes as shown in the photo are AR markers, one for the 3D tree and the other for the 3D powerlines. If they are too close together then the tree catches fire. The game is played with one person looking through the headset and the other moving the marker boxes under the guidance of the person using the headset. 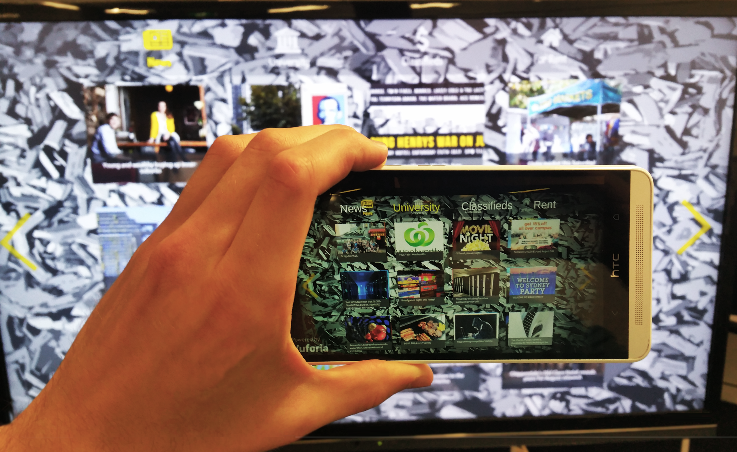 Hive featured a custom developed digital community noticeboard on a 50-inch widescreen public display. It contained content that featured local news, items for sale, and property rentals. Users could engage with the content directly on-screen or through a custom developed smartphone augmented reality (AR) app. The app had two distinct features, overlay and remote control. The overlay allowed users to see personalised content overlaid on the display, based on a user profile containing user preferences stored in the app. The remote control feature enabled users to control the display by performing swipe gestures on the display through their smartphone's camera feed. The eventual study with this prototype was held in a public space, nearby a University cafeteria and common area. The goal of this work was to evaluate the effectiveness of AR assisted personalisation with public displays. 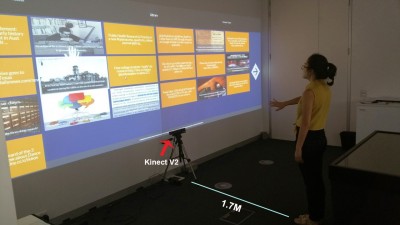 We designed and implemented a public display application that allows people to navigate between Twitter feeds and to find details about particular tweets. The application supports selection and navigation through point-and-dwell and push and grab-and-pull. A within-subject evaluation with 10 participants found that although point-and-dwell was perceived to be more accurate, push was preferred for selecting items and grab-and-pull was preferred for navigation. Based on our findings we derive recommendations for designing gesture-based information displays. 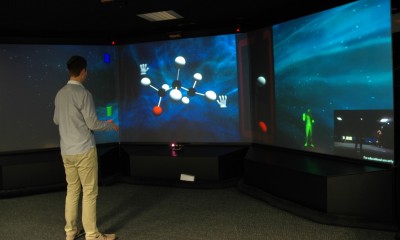 Currently, first-year chemistry students at the University of Tasmania learn about three-dimensional molecular structures using a combination of lectures, tutorials, and practical hands-on experience with molecular chemistry kits. We have developed a basic 3D molecule construction simulation, called MolyPoly, to help students grasp the concepts of chemistry easily through immersion and natural interaction with 3D molecules. It was designed to augment the teaching of organic chemistry with enhanced natural interaction and 3D visualization techniques. This paper presents the results of a pilot study conducted with the aforementioned chemistry class. Participating students were split into two groups; MolyPoly and traditional. The results demonstrated that the two groups have achieved similar learning outcomes at the end of the four (4) class sessions.